I’m grateful I’ve never had to introduce myself that way, even though Roachtown is a real city.  I’ve never been there, but I imagine it’s the garden spot of the county of infestation. 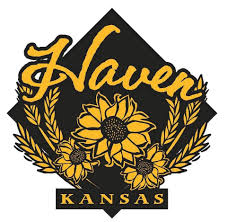 Your address could be on Roachtown Road, Roachtown, Illinois.  Their motto is “The city even a nuclear holocaust can’t kill.”  (Actually, that’s a joke.)

Truth be known, it was founded by Samuel Roach and his son Matthew, which makes it just a little more tolerable.  I’ve known more than my fair share of Roaches, if you know what I mean.

So where is Roachtown?  Well, it’s just a stone’s throw from St. Louis in south western Illinois.  It’s in the heart of row crop country that faithfully feeds our ravenous country.

There are more than 36,000 cities in the U.S. and most are plain-Jane names. However, Roachtown, Illinois joins the long list of quirky city names like:

Those are rare names.  But some city names are used over and over again.  The three most-used city names in the U.S. are:  Clinton, Fairview and Franklin.  There are 29 cities which bear each of those monikers spread around the country.  Fortunately, none of these appear in one state twice—at least as far as I could find.

I got to thinking about city names when I visited Haven, Wisconsin.  It’s in the middle-of-nowhere fertile earth which mostly houses cornfields.  It (happens to be on the way to one of the great golf Meccas in America: Whistling Straights.  But that’s another story.)

There are only two cities in the U.S. called “Haven”—the one I visited and one in Kansas.  But there are more than 70 cities which have “Haven” in the name, many which are duplicated from state to state.  Here are a few:

Wherever “Haven” might be located, its name implies a place of safety or refuge.  It’s a location to rest and restore.  It implies protection from a storm or an enemy.  God commanded Joshua (chapter 20) to designate at least six Old Testament locations as cities of refuge.  (No wonder Haven Today was formerly known as Haven of Rest!)

The other day I was hiking and saw dozens of jackrabbits crisscrossing the trail, running for safety as I walked along.  As I watched what seemed to be panic in their eyes, I realized that rabbits live this way…constantly in fear of predators: coyotes, mountain lions, bobcats, and birds of prey.  Their lives are a never-ceasing panic between finding food and not becoming food.

In many ways, we live like that too.  Maybe we don’t hunt for food, but we’re worried about our finances.  We’re not watching for enemies which see us as prey, but we fear what might happen at the hands of an illogical boss who doesn’t care about the details.

In the first world, we largely aren’t in survival mode, but a large swath of our world does live there.  Hundreds of millions.  Maybe billions.

The fact is, no matter the circumstances, there’s only one Haven.  And it’s in the person of Jesus Christ.  He is our refuge, retreat, shelter, sanctuary, asylum, a port in a storm.  When the wind blows and buffets our everyday lives, He is there to provide protection, comfort, encouragement, faith, and sustenance.

Every day, Haven Today points us to our Haven—Jesus Christ.  If you can’t rest in Him, where can you rest?