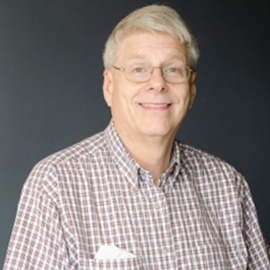 With over thirty years of experience in satellite and terrestrial communications technology, Dick has all the credentials needed to serve as General Manager of Ambassador’s technology subsidiary, Amb-OS Media.

In recently re-affirming the Amb-OS approach of utilizing hybrid transmission technologies, he notes: “Amb-OS continues to provide the platform and efficiency that networks need in an integrated delivery system.  The Lord led us to a system methodology that automatically transfers programs with the seamless use of the Amb-OS hardware and software.”

Long respected in the broadcast industry, having served four other start-up companies before coming to Amb-OS, we’re grateful for Dick’s capable leadership—and understanding of everything above!

A diehard Midwestern (Dick grew up in central Iowa), the Twin Cities remains home despite the fact we keep trying to lure him from the snowy winters to the perpetual sunshine of Southern California—maybe someday!

Dick and his wife, Juleen, have raised three children, all of whom live nearby with their families–thus attesting to his insistence on remaining where grandchildren are the main attraction. The Becvars attend GracePoint Church in New Brighton, Minnesota.

And from the less technical side of Dick Becvar, he says:

I’m having fun when. . . listening to the grandkids’ instrumental recitals.

My ideal vacation is. . . anywhere there’s no cell or wi-fi coverage.

When I’m reading it’s most often . . . at the breakfast table, catching up on yesterday’s baseball scores. 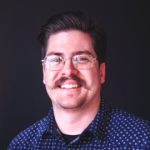