You’ve heard it said, “nothing is all black and white”?

Well in the case of these two Scottish Terrier pups, it just isn’t true. Maisie is all black and Annie the blonde of the two. One mellow, and the other. . .well let’s just say—she’s enthusiastic!

Mom to the two is our President, Peggy Campbell, and they’ve been part of our everyday at Ambassador almost since they were born. They’re right at home—evidenced often in their “playfulness” during meetings or phone calls.

And their buddy, Jim Sanders, will often get them in a state of frenzy chasing a laser beam or a drone (don’t even ask!) around the circular hallway where our offices are located.

It’s treats and tummy rubs and walks around the building—with Ambassador team members vying for the privilege to accommodate their every whim!

It wouldn’t be Ambassador without these two lovable scamps! 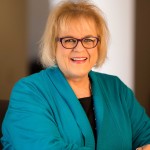