A LIFE DEVOTED TO BEING AN AMBASSADOR FOR CHRIST

We are rejoicing that heaven has welcomed home Al Sanders, faithful servant of Christ for his 94 years.

His life was dedicated to Christian service, founding Ambassador in 1959 to support Christian radio.  His legacy impacted thousands upon thousands as the one who introduced listeners to communicators such as Chuck Swindoll, Joni Eareckson Tada, Chuck Colson, Max Lucado and many others—his voice familiar as he also hosted many of the broadcasts.

A graduate of Biola, he spent 17 years there involved in the outreach of “The Biola Hour” and leading public relations efforts.  He transitioned to host and produce the new telecast “Day of Discovery” in 1969–work he loved dearly.  His involvement in the efforts of Christian communication (including many years in leadership for the NRB) was unfailing up to his final days on earth.

From the beginning, integrity was a hallmark of the agency—named for 2 Corinthians 5:20.  Al’s commitment to pay every media bill, whether or not the client had yet paid the agency, created a deep trust and respect in relationships within the “industry” of Christian radio.

Al was ever creative, humorous, generous, attentive, compassionate, and always unswerving in his spiritual commitment.  Though he’d be quick to deflect such a compliment, he was a gifted Bible teacher whose study—and special brand of humor—was always evident in each message whether for Ambassador staff devotions or from the pulpit.  In later years he was a regular teacher of the “Closer Walk” group at Fullerton Evangelical Free Church, a richly rewarding experience for both Al and Margaret.  His inspiration is evident in a book he authored some years ago—I’m Trying to Number My Days But I Keep Losing Count.

The significance of all that, however, is superseded by his unending dedication as husband to Margaret for 73 years, as dad to Peggy, Sharon and Jim, as grandfather to Heather, Jimmy, Katie, Ben, Kristine and Kim, and as great-grandfather to Rachel and Josiah, Abby, Emmy and Stephen.

Of the many, many hymns that filled their home—Margaret at the piano every day, Al naming hymn title and composer … this he wanted sung at his memorial:

“When this poor, lisping, stam’ring tongue lies silent in the grave,
then in a nobler, sweeter tongue I’ll sing His power to save.” 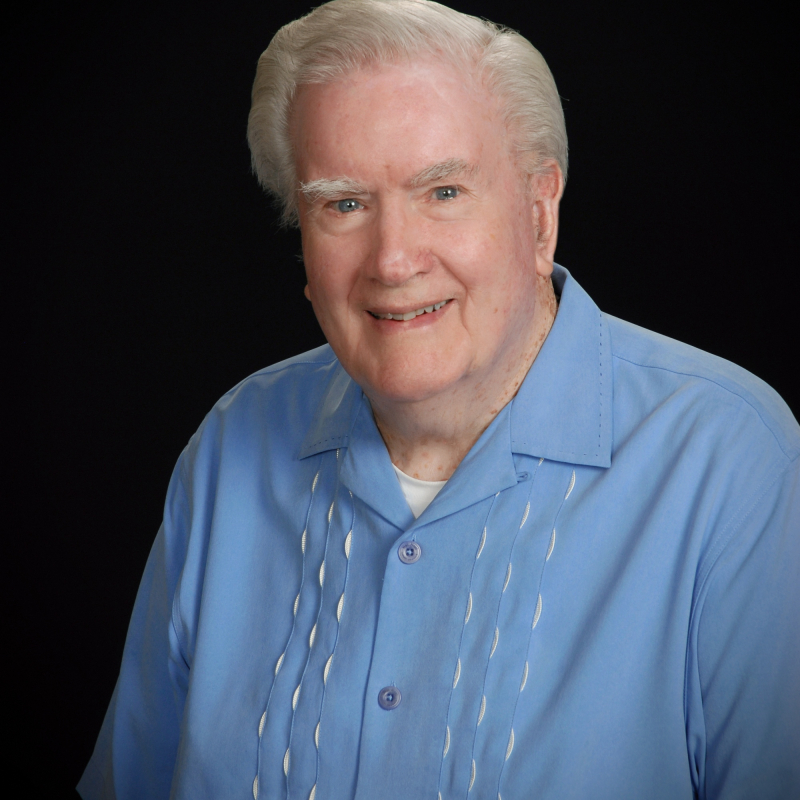 A Celebration of Al’s Life

It was a special joy to gather on December 5 (2021) at Calvary Chapel on the Biola University campus to celebrate Al’s homegoing at the school where life began for Al & Margaret and which has remained a beloved institution for them.

We invite you to view the video of that service with remarks from Biola President Barry Corey, Joni Eareckson Tada, Dennis Rainey and others … and be encouraged in faithful Kingdom service as was Al’s lifelong commitment.

A note from Margaret Sanders . . .

I would like to add a very large thank you to those who have responded to my sweet husband’s Homegoing.  How he longed for that moment!  Your words of affirmation of his life are more than one could imagine.  I’m so grateful for the Lord giving us 73 years together, loving and serving Him together.  I’m thankful for the consistent life he lived at home as well as in public.  I have long said the Lord left us here these “extra” years to pray for our children, grandchildren and now great grandchildren…and more.  That, I will continue to do and thank Him that though I may be “sorrowful, yet I will rejoice,” because there is so much for which to be thankful!

We would love to share Al’s prayer method with you …

Over the years, Al (and Margaret) cultivated the habit of praying “alphabetically” for the many names on their petition list. We decided to share that idea with others and created an “Alphabetical Prayer Journal” that was given to all at the memorial service—and which we are happy to share on request.

What did Al Sanders mean to you?  We invite you to share your stories and remembrances or express your condolences to the family in the space below.