There’s a popular saying that goes … “Be kind, for everyone you know is fighting a battle.”

That reminds me of Matthew 7:12, where Jesus mandated the Golden Rule—“So whatever you wish that others would do to you, do also to them …” 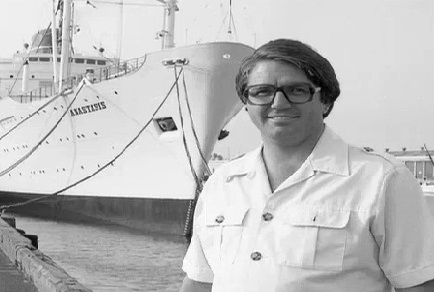 It’s true that we’re all “fighting” something.  Whether it’s public or hidden, you and I know that trials and challenges attack us all.  When I think about people who truly take the Golden Rule seriously, Don Stephens comes to mind.

Forty years ago, he founded Mercy Ships.  Since that day, Mercy Ships has provided over 95,000 free surgeries and has delivered services and materials valued at over $1.53 billion in low and middle-income nations.

How did it start?

Don had a dream to operate a hospital ship “serving the poorest of the poor, particularly in Africa.”  He recalls a meeting with Mother Teresa that shook his thinking.  With a frankness and purpose that took him aback, she asked, “Why were you born?” 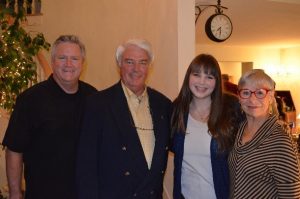 I heard Don tell this story four years ago when he was in Orange County for an event.  He said that Mother Teresa asked a follow-up question that day in Calcutta that was just as straightforward as the first: “What are you doing about it?”

So often, Don explained, people went to Mother Teresa to share their dreams with her.  After sharing, though, they left the dreams there and never did anything to make them into a reality.

But not Don!  As soon as he returned home, Don started searching for a ship to purchase—and the rest is history!

Three things come to mind as I reflect on the story of Mercy Ships.

In James 2:15-16, we read, “If a brother or sister is poorly clothed and lacking in daily food, and one of you says to them, ‘Go in peace, be warmed and filled,’ without giving them the things needed for the body, what good is that?  So also faith by itself, if it does not have works, is dead.”

In the daily grind, amidst my own responsibilities, as I constantly try to “stay ahead” or “catch up” on life’s demands … how often have I spoken encouragement without acting upon it?

Don Stephens put action behind the dream for The Africa Mercy … a true act of mercy indeed!

Putting others before myself isn’t always natural or “fun”—it’s certainly not my flesh’s first inclination!  But it’s what God calls me—us—to!  And that’s what Don did when he and his wife, Deyon, made the decision to not only found, but also travel with, Mercy Ships.

They gave up going home to a comfortable house every night, experiencing a “typical” Monday-Friday job and enjoying conveniences of first-world living.  They sacrificed their own desires for the one that God called them to, and …

3. The Golden Rule is worth it

… they were blessed for it!  God has given Mercy Ships success in ministry.  With each surgery, patients receive not only physical healing, but emotional and spiritual renewal, as well.  Mercy Ships cares for the most basic needs of people who would never receive the care they need if it weren’t for this ministry.  (If you haven’t watched the stories of transformation for a while, I’d encourage you to stop by this page.  It’s truly remarkable to see what God is doing!)

Thank you, Don Stephens and Mercy Ships for reminding ME through your actions of the beauty of following Jesus and showing mercy.  Thank you for sharing stories of mercy with listeners nationwide every day of The Mercy Minute.  Congratulations on 40 years of service … and blessings on the years to come!