With growing intensity, attacks against the most vulnerable of our society are seeking to eliminate not just the unborn, but the elderly and infirm as well.

In his message to Colson Center supporters this month, John Stonestreet addresses this issue and as a BreakPoint station partner, we want to share it with you as well . . .

You and I and every human being are made imago dei – in the image of God. Because of that fundamental truth, every human life, from conception through natural death, is worth defending. The pro-life movement has long and valiantly defended those who are just beginning life, but our culture of death is relentlessly dehumanizing – and now it also targets the dignity of those nearing the end of life.

Several Western nations and six U.S. states have legalized doctor-assisted suicide. Masquerading as “compassion,” “choice,” and “death with dignity,” this despicable practice is really, as Wesley J. Smith said, “to eliminate suffering by eliminating the sufferers.” Suffering, according to “right to die” advocates, isn’t limited to physical pain, but includes the slippery slopes of mental and emotional distress. Since Oregon legalized doctor-assisted death, only 22% of patients chose death to escape pain or fear of pain. The rest pointed to emotional vulnerabilities that demand our care and concern, not elimination.

As Ezekiel Emanuel, a chief advisor on Obamacare, reported, “Patients [who request physician-assisted suicide] say that the primary motive is not to escape physical pain but psychological distress; the main drivers are depression, hopelessness and fear of loss of autonomy and control.”

Even more ominous, as The Heritage Foundation’s Ryan Anderson says, is that wherever physician-assisted suicide becomes legal, safeguards designed to prevent killing people against their will get “watered down or eliminated over time.”

And who are the most likely to be “terminated” against their will? Ask my dear friend Joni Eareckson Tada. She’s speaking out against the danger of doctor-assisted suicide, especially to protect “the elderly, people with Alzheimer’s, people who are medically fragile, and folks like me with significant disabilities.” 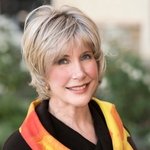 And, Joni will be a featured speaker at the Colson Center’s Wilberforce Weekend conference taking place in Washington, DC this May 18-20. Each year, this event equips Christians to live out their faith with clarity, courage and conviction. For conference details and to see a list of confirmed speakers, go here.

We thank you for your support in airing BreakPoint programming to help inform, equip and unite your listeners to courageously defend the sacred worth of human life from the moment of conception to the moment of natural death.